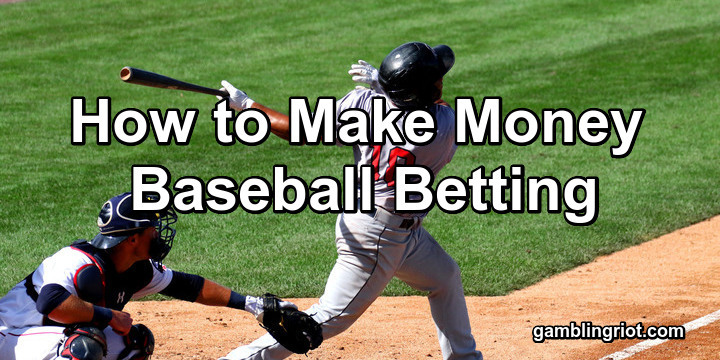 Major League Baseball is a good candidate for “toughest sport to bet on.” There’s some debate in the community about this – some identify college basketball as a lot tougher, others argue for the volatility in NBA betting. Regardless of where you land, you have to admit that baseball betting is a tough market in which to turn a profit.

I just looked at the detailed gaming revenue report from the Nevada Gaming Control Board. For the year 2021, the most recent year for which they’ve reported statistics, the house edge on all baseball bets was 6.46%, the highest of all the major US sports. It’s much easier for the book to beat baseball bettors than any other sport.

What’s standing in the way of baseball bettors winning more often? What makes betting on baseball so hard?

The first pitfall for baseball bettors is that the market-making books that control most baseball lines are the best in the world at handicapping baseball games. Check out this post on how sportsbooks compete against sports bettors for a small sample of what you’re up against when you place your bet.

Another problem is that luck plays at least as large a role as individual player skill in a team’s final win-loss record. There’s a nice explanation of this from the Society for American Baseball Research; the math’s all there. Basically, even if you could perfectly handicap the skills of two competing teams, you’d be unable to compensate for the impact of luck.

You can’t overlook the impact of data overload on the casual baseball bettor. Not only can you find a modern stat to track any aspect of a player or team’s performance, but you’ve also got twelve or more games on the TV every night, and dozens of stations crammed with pundits yammering on and on.

There’s also just an awful lot of baseball. The average team plays a little more than 6 games a week during the regular season. It’s by far the longest season in American pro sports with the highest number of games. This can be overwhelming for bettors.

My baseball betting friends have seemingly tried everything to make more money placing their MLB bets. They’ve bought picks from touts. They’ve signed up for newsletters promising detailed analysis and win percentages in the high-60s. At least one of them has built a sort of shrine, with candles and all.

About the only thing they won’t do is listen to reason and follow some common-sense advice.

First of all, you should never buy sports picks – here are all the reasons why. You’re throwing money down the drain.

Below, I’ve gathered a handful of other tips to help people make more money right away betting on baseball.

Back Underdogs in Divisional Games

There’s value in backing underdogs when they’re competing in their own division. Teams see their divisional rivals more frequently than any other team, and there’s lots of parity here, even among teams with significantly different win percentages.

I watch for road dogs playing divisional games with high totals numbers. The more runs expected, the greater the variance, which always favors the underdog. Why road dogs? The betting public thinks too highly of home-field advantage and home teams are always overvalued.

You can build a profitable system if you can even somewhat regularly pick dogs in the +130 and higher range, where your break-even percentage dips into the low 40s.

Going back fifteen baseball season, favorites at -150 or higher win 63% of the time. That’s an impressive number until you realize that the break-even point for -150 bets is 60%. The higher the odds go, the more you have to win to turn a profit. At -180, you’ve got to win more than 64% of the time just to be square with the book.

You’re not going to win much money backing favorites. This is the origin of the phrase “the juice isn’t worth the squeeze.”

Since the public loses more often than it wins, why would you want to bet with them? That’s always been enough justification for me to avoid backing a public favorite. This can mean a literal heavy favorite in a line or basically any bet on the Yankees or Red Sox.

People love dynasty teams, home teams, star players, and teams in the headlines for any old reason. This is mostly an effect of recency bias with a little bit of the good old gambler’s fallacy thrown in for good measure. Betting in a contrarian way, against teams in these situations, is more consistently profitable than any other broad stroke you can paint.

Look for underdogs in marque games that are getting fewer than 40% of straight-up bets – that’s the dog to back. Going back to 2007, these teams win something like 44% of the time, which isn’t just a break-even bet on an underdog, it’s profitable.

Don’t bet just because you think you found an umpire trend. You can’t blindly bet on a game because Joe West is calling it. But I think there’s value to be found in knowing how the umpire might affect a game, and umpire stats often play a deciding factor in my bets when I need an extra layer of analysis.

Let’s say the head umpire for a game I’m looking at is Bill Miller. He’s known to call a significantly smaller percent of balls than his colleagues – something like 1% fewer over time. It’s a small factor, but it might help me decide to skip a bet if my analysis requires a heavy starting pitching performance on the part of an underdog ace. The opposite might happen if I see the head ump is Vic Carapazza, a guy known to be tough on hitters.

The difference in ball and strike calls for some of these umps is a lot more significant over multiple games than in a single-game context. That’s not super useful for bettors. That’s part of why I say you have to temper anything you learn from analyzing umps with other aspects of a game’s context.

Use the Kelly Criterion Formula to Budget Your Bets

The Kelly Criterion is discussed in detail in this post, “How Much is a Unit in Gambling?”

Basically, it’s a system whereby you bet a percentage of your bankroll equal to your mathematical edge.

One way to win more money betting on baseball is to bet less money, or to focus your betting on those situations where you think you hold a decent advantage.

Here’s a simple use of the Kelly system to determine how much I should bet on my next baseball game:

Let’s say, after my analysis, I have a 10% edge on the sportsbook’s line for a particular game. Following a strict Kelly system, I should bet 10% of my total bankroll on this game. However, I’m not insane, and I want my bankroll to last, so I cut that figure in half to 5%. If my season budget is $1,000, my 5% bet would be $50.

Obviously, you don’t always know your real statistical edge in baseball betting, but this can help guide you toward a reasonable wager. Remember that, if you think you only have a 1% edge, a half-Kelly bet would be just $5. Obviously, placing $5 on a game that you don’t have much confidence in makes more sense than $50.

Wining more money on baseball doesn’t just mean getting luckier. Obviously, luck helps. We know that luck adds to team’s win totals even more than the skill of their individual players. But there’s nothing tangible that bettors can do to get luckier.

What you can do is bet more intelligently. I’ve shared my top tips for people looking to win more on MLB bets. Use this information and your own experience, as well as a measured approach to your weekly bets and a healthy dose of bankroll management, to win more often betting on baseball games.